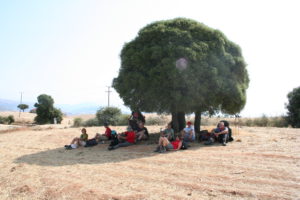 a short rest under a tree. 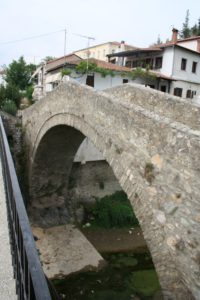 a few days rest in Elassona. 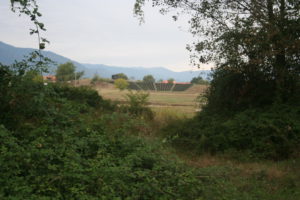 After reaching the top of mount Olymp its interesting to see the rough landscape around high above sea level. After visiting Elassona I went on my own to the next goal: the monasteries of Meteora, 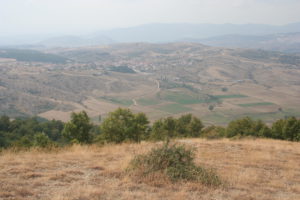 where I should join the group with long distance walkers again. In the harsh landscape of the rocks of Meteora Greek Monks searched for a hide against the Turks…. with success. I visited the cloister of saint Nicholas there. But entering such a cloister one should one thing to keep bearing in mind: You ar entering awholy ground. 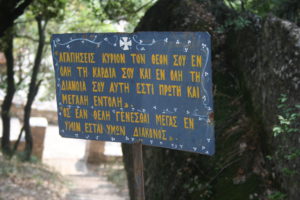 Keep one thing in mind :  entering a monastery you are entering  holy ground.

The last day before our trip ended and several longdistance walkers went back to Holland we had for the last time dinner in a typical Greek restaurant. Waiting for the train from Kslabaka to Larissa and futher to Dion. 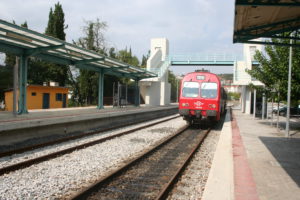 the train to Larissa. 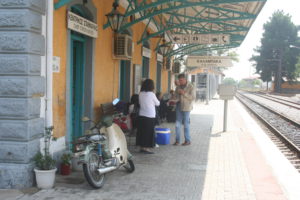 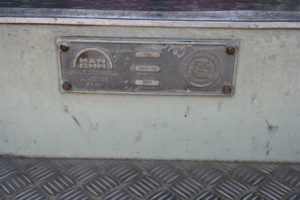 plaquette on the train to Larissa. 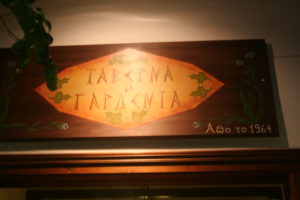 Via Kalabaka and Larissa I went back to Dion. 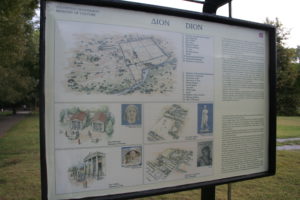 Map of the excavations in Dion. 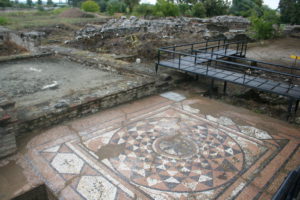 Dion. rest of a Roman mosaic in the Roman Bathhouse.

and the Greek athletic campgrounds (the Stadium). On the day I went from Dion back to Thessaloníki the first snow was fallen on the top of Mount Olymp. see picture. This page updated November 9, 2017 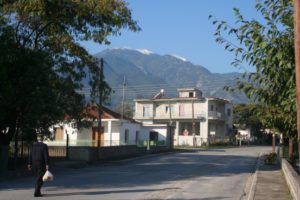 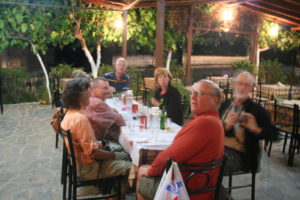 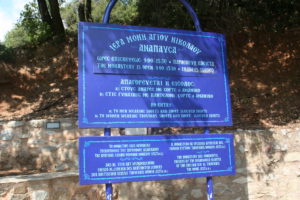 the entry to the Monastery of saint Nicholas Meteora. 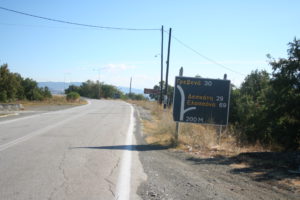 Going to the busstop Grevena Meteora. 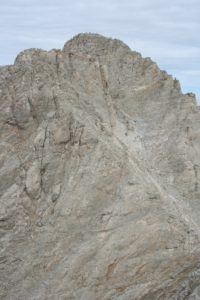 The rough tops around Mount Olymp. 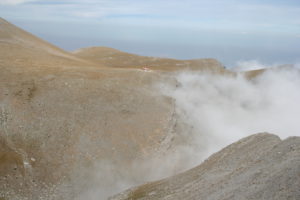 Hut G from the top of Mount Olymp. 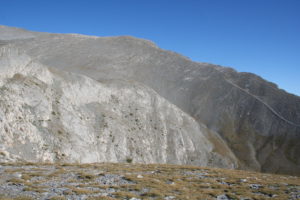 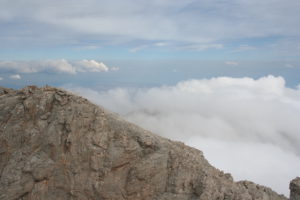 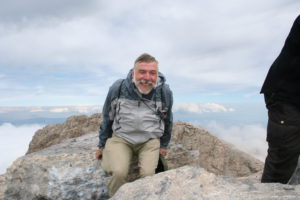 Julius sitting on “the Throne of “Zeus” 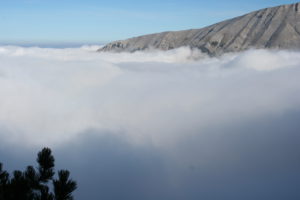 the clouds beneath the top of Mount Olymp.