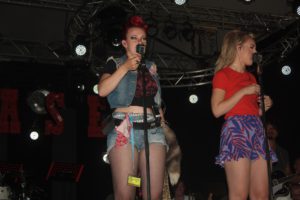 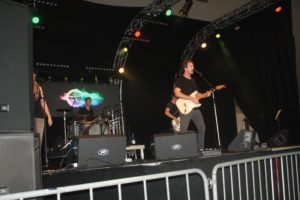 Paul Childers, playing with his band on July 7.

Every year there is a little Festival of Dixieland, Folk, Soul, Funk and Rockmusic. in our little rural village. Many visitors from the Island of Voorne, and the near neighbourhood are visiting. Here I’m presenting you  a short photograhic impression. All pictures © 2018 Julius Röntgen. On thursday evening the festival is opened. The first evening this year July 5 2018  is originally for the own inhabitants of our little village. In the big tent there was a Soulband playing. Lizzy V. from Rockanje brought a wonderful show on the stage with her acoustic guitar. In another tent there is the  local Popchoir ” Tintunes” singing evergreens. On Fridaynight there were other bands and musicians playing. The weather was dry  and Sunny but a littlebit cold in the end. A pianis Jack Cross playing and singing Caribean evergreens in the first tent. Don’t shoot at the Pianist! 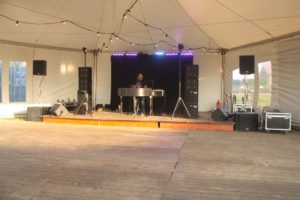 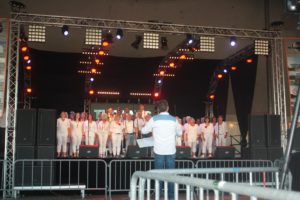 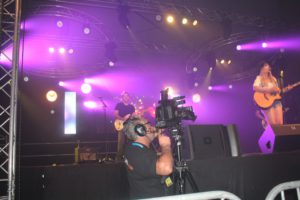 This year there was an Oldtimer of the former Fire brigade of Oostvoorne and Tinte. exposed, also for fund raising. 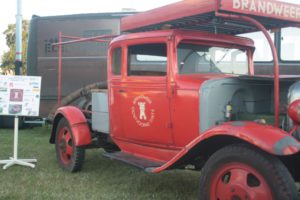 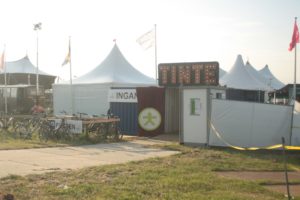 Entrance to the central Green in our small Village

One of the regular visiting bands is the famous West coast Jazzband from the Region of The Hague. Another group is the Popular group from Rotterdam: The “Amazing Stroopwafels” playingtheir local Hits on Saturday afternoon , July 7. Another group making a great show in the Pagode tent was “Donkey Fonk” with their singer. bringing a Nightclub Athmosphere to Tinte. A highlight was the Group Liptease bringing a Rockhillbilly Show on Stage in the big tent. In the Pagodetent, the Singer Paul childers was singing and playing with his band. A second picture of “The Amazing Stroopwafels” . 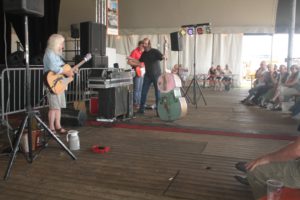 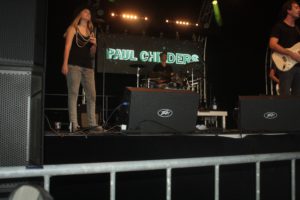 Paul Childers an his band on Saturdayevening, July 7 2018 closing the little Festivall 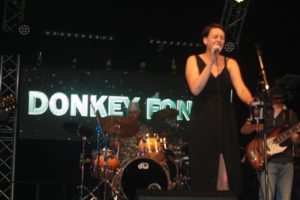 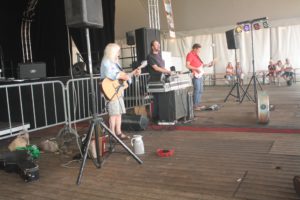 The “Amazing Stroopwafels” playing their show on Saturday afternoon July 7. 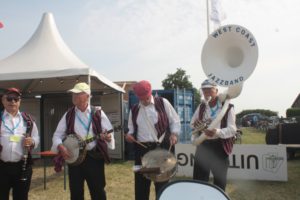